Through a collaborative project, commissioned by AfCAP, between the Council for Scientific and Industrial Research (CSIR), South Africa, and experienced Low Volume Road (LVR) practitioners, the original Win DCP software developed by CSIR has now been upgraded into a user friendly software tool specifically tailored to upgrading of LVRs to a paved standard using the Dynamic Cone Penetrometer (DCP). It incorporates automated procedures for analysing DCP field data from the existing pavements as well as for laboratory testing and evaluation of imported materials as inputs for the design of new pavement layers.

The Dynamic Cone Penetrometer (DCP) is a well-established, non-destructive testing device   that has been used in Africa and other regions of the world since the early 1970s for the in situ estimation of subgrade strength. Since then it has been developed through research into a full-fledged method for the structural design of low volume paved roads that avoids the use of direct correlation with the California Bearing Ratio (CBR) test. This has been achieved by utilising the cone penetration rate (DN value) directly as a design parameter rather than the less reproducible CBR value.

Under AfCAP Phase 1, the DCP-DN pavement design procedure was developed and trialled successfully in a number of countries in Africa. Long Term Pavement Performance (LTPP) monitoring of these sections is being carried out to collect additional in-service performance data to feed into the future revision of standards and specifications contained in current catalogues. The simplicity and ease of use of the DCP makes it ideally suited for characterising the in situ strength of existing roads as well as for designing their upgrading to a paved standard.

In the upgrading of the software, emphasis has been put on making it as intuitive and accessible as possible for the inexperienced users and a hyperlinked help file is available for this purpose.

Main features of the software include:

The ReCAP LVR-DCP package is well suited for road practitioners and trainees.

Although the software automates many of the procedures that could otherwise have been performed using an Excel spreadsheet, and thus makes it possible for the designer to quickly and easily evaluate different design options, it must be emphasised that the ReCAP LVR DCP software is only a tool and is no substitute for sound engineering judgement, which must always be exercised by the designer.

Following developments and enhancements to the DCP-DN design method in 2018 and 2019, the software has also been improved to ensure it remains current and in sync with the design method. Similarly, a generic DCP-DN design manual titled "Pavement Design of Low Volume Roads using the DCP-DN Method (September 2020)" has been developed for wider application, as opposed to the previous use of the manual developed for Malawi in 2013; 3rd paragraph: The ReCAP LVR DCP v1.00 design software incorporates a User Manual and updates the previous version 1.03 design software to reflect the latest developments in DCP-DN design technology as included in the generic manual mentioned above.

The ReCAP LVR DCP v1.00 Software and a software helpfile (SHF) are freely available for practitioners and are hosted by the Council for Scientific and Industrial Research (CSIR), South Africa. Please follow the steps below in order to download your copy:

1. Please verify your system meets with the requirements to be able to download and run the software:

2. Go to https://dcp-dn.csir.co.za for further instructions on downloading the software. 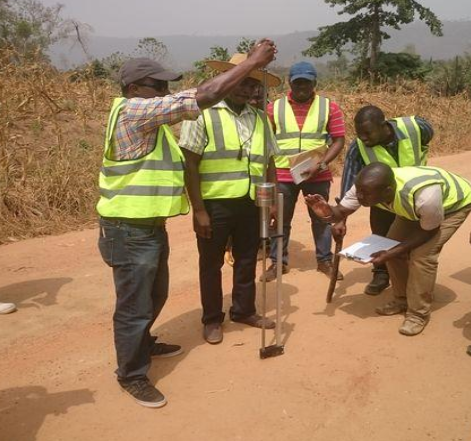 CSIR (2016), Improvements to the WinDCP software for Pavement Design for Low Volume Roads

Hongve, J. and E. Mukandila (2016), Training and Application of the DCP-DN Pavement Design Method in Ghana

Hongve, J. and E. Mukandila (2016), Implementation of Technical Audit and Training of a New Batch of Local Practitioners in the DCP-DN Pavement Design Method in Malawi

Practitioners Memo on the use of the DCP-DN method for design and construction of low volume rural roads, December 2019